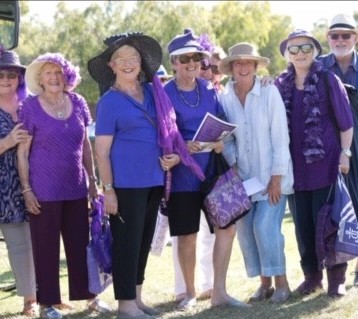 Congratulations to our Novacare team who won Best Float at this years Festival of Busselton. The longest running Float parade in Western Australia running down Queens Street was attended by thousands of locals. The Novacare Float driven by Peter Luff was award 1st prize and was bravery manned by residents – Pam Luff, Shirley Mose, Ruth Brooks, Judith Turner, Ann Taylor and Coralie Stanlake. The Festival of Busselton, now in its 55th year, is a wonderful celebration of the local region and the many fantastic people who belong to the Busselton community.  Congratulations to all those who contributed to making the festival such a success and thanks again to our Novacare residents for supporting such a great event!